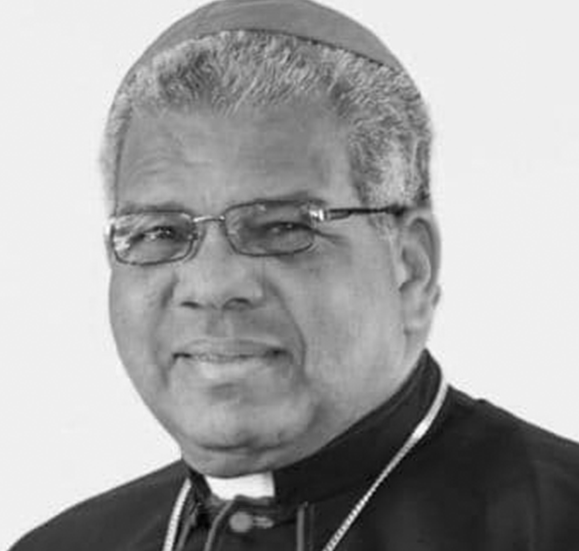 Archbishop Ozoria was born in Nagua, Dominican Republic, on October 10, 1951. He completed his basic studies at the Primary Schools of Payita and Mercedes Bello, in Nagua. He did his secondary studies at the Minor Seminary of San Pío X, from Licey al Medio - Santiago, where he entered on September 30, 1967. He studied philosophy at the Pontificia Universidad Madre y Maestra of Santiago de los Caballeros; and theological studies at the Pontifical Major Seminary Santo Tomás de Aquino, Santo Domingo.

He was ordained a priest on September 2, 1978, and was assigned to work in the Vocations Ministry of San Francisco de Macorís, Director of the Diocesan Work of Priestly Vocations, Vice-rector and Trainer of the Minor Seminary Holy Cure of Ars, La Vega (1978-1981). Appointed Parish Priest María Madre de la Iglesia, in San Francisco de Macorís (1981-1988), and Vicar of Pastoral; He was also Pastor of San José la Bomba de Cenoví, San Juan Bautista de Pimentel and Santa Ana Cathedral.

In 1988 he was sent to Rome to specialize in Pastoral Theology at the Pontifical Lateran University. Upon his return from Rome (1990) he was assigned to the Pontifical Major Seminary St. Thomas Aquinas as a Trainer and Professor of Pastoral Theology. Since 1992 he was Parish Priest of the parishes Santísima Trinidad (Nagua) and San Francisco de Asís of \'El Factor\' (Nagua) and Santiago Apóstol de Arroyo al Medio.

On February 1, 1997, when the Diocese of San Pedro de Macorís was created, it was named by Pope John Paul II as its first Bishop. He received episcopal ordination on March 15 of the same year, and in the same celebration took canonical possession of his Diocese to which he has served with closeness and great pastoral zeal for 19 years.