A "Passage" Toward a Better World 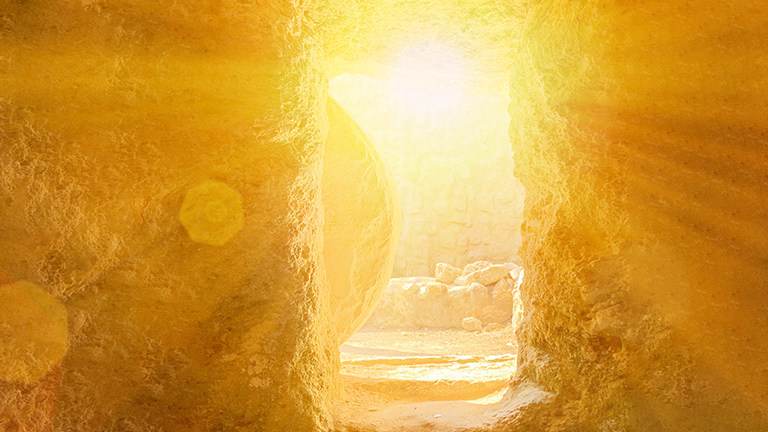 Every year at this time, we Catholics commemorate Christian Easter, called la “pascua cristiana” in Spanish. I dedicate these lines to reflect on what this event and celebration has meant and means today, not only for Christians, but also for all the men and women of our society and its repercussions for our pursuit of the building of a better world than the one in which we live.

The Spanish word “Pascua” comes from a Hebrew word (pesah), which means “Passover,” or a passage. With this word, the ancient Israelites named the celebration (Ex 12:11) of the new life given to them through their liberation from Egyptian slavery via their “passage” through the Red Sea and the desert until they conquered the “promised land.”

The events of the passion and death of Jesus of Nazareth took place in Jerusalem, the annual setting of this Old Testament celebration. These are the events through which the first disciples of Christ, after the death of Jesus of Nazareth, transformed their lives. Being the same men, they were no longer the same men or the same. They attributed this transformation of their lives “to the one who was hanged on a tree” (Acts 5:30), to the Crucified man (Jn 20:27). It was a transformation and a “new life” (2 Cor 5:17) through which they confessed Him Living and Resurrected. Because if the dead man changed their lives, it is because he is alive. Since then, the best proof that Christ lives is a “new” person (Eph 2:15), with a new mentality, new logic, new criteria, a new way of seeing the world, as Paul of Tarsus affirms (Romans 12:2). Since then, the presence of Christ as Living and Risen in the world is carried out by men and women with a new life, a new life that consists of living the same life—in mentality and attitudes—as Jesus of Nazareth lived and taught, as children of God and brothers of all, loving and serving all.

Christian “Easter” consists of a “passage” from death to new life, from “darkness to light” that provides, to every man, the life of Jesus and his gospel. Because the life of Jesus clarifies the meaning of our lives. Because through his life’s work, our lives are illuminated, as his struggles and longings illuminate ours. His suffering brings sense to our own. And in his commandment of love (1 Jn 3:14), we acquire reason for our lives and the life and the mission of every man who comes to this world.

For this reason, in the history of humanity, the life of Christ serves as a model of the man that God wants for every man; the model of the man that we have to build if we want a better humanity for a better world, “a new heaven on a new earth” (Rev 21). A better world that we all have to build, but especially and with greater commitment, those of us who call ourselves “Christians,” that is, believers in the “new,” happy, and “abundant” life that God offers us in Jesus, the Christ.

To the men and women who, for this brief time, populate the earth, it fell to us to live and interact in the historical and social moment that experts call “postmodernity.” We live in the historical moment of the “light” man and culture, that is, of liquid men and a liquid culture, light, uncommitted, decaffeinated, in search of momentary pleasure and appearance, permissive, obsessed by aesthetics without ethics, wandering in the uncertainty produced by the lack of truth and the nonsense or directionlessness of history, like someone rushing into the vertigo of the non-future, due to the disenchantment—among other causes—left by the two world wars and the current ones.

The “light” man and culture coexist in a consumeristic society, a society of the easy and fast, the disposable and ephemeral. It is a materialistic society in which "having" prevails over "being" and indifference exists toward all collective issues and the “common good” with the consequential rejection of everything hierarchical and institutional. It is a postmodern society and culture where each “I” elaborates its own truths and life projects according to what is useful and pleasant. All this produces subjectivism and moral relativism, as well as a loss of the transcendent vision of life for the desire to enjoy the immediate and tangible.

This immense cemetery of certainties and hopes in which we have lived, these societies in which “the end justifies the means” and in which nothing is worth anything or everything has the same value, leaves us all anguished, with deep feelings of failure and that human fulfillment and happiness cannot be achieved. This profile of postmodern society, culture, and man contradicts the best and greatest principles of the gospel of Jesus of Nazareth. This is not the new man (2 Cor 4:16) lived and preached by the first Christians in the light of the Easter event they experienced with the Risen, Crucified One. Because the search for power to dominate and trample, the frantic search of pleasure for pleasure, and for having to monopolize leaves—as we see daily—an inhuman trail of emptiness, nonsense, inequities, injustices, violence, and death.

The Christian “Easter” proposes to all of us a better type of world achieved by a better type of men, of new men, capable of loving and serving, in the understanding that we are all brothers. The Christian “Easter” invites us all to “pass over” from the old to the “new,” from selfishness to brotherhood, from lies to truth, and from the apparent failure of human life and today’s society to happiness, which is synonymous with justice, solidarity, abundant life (Jn 10:10) and peace for all, through the commandment of love bequeathed to us by the humble son of the carpenter from Nazareth.