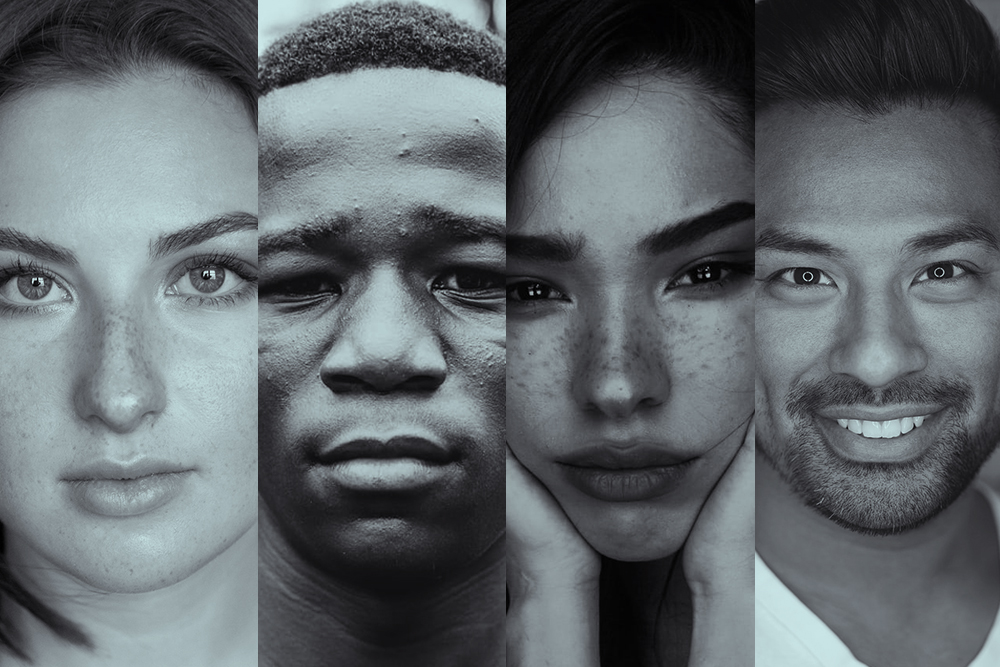 These days, the people of the United States continue their march amidst the headlines, the tension, and the protests surrounding the murder by asphyxiation —as determined by the autopsy— of George Floyd, an African-American man, at the hands of four police officers led by Derek Chauvin. This tragedy has even overshadowed news of the COVID-19 pandemic, which has already infected and killed thousands of people across this nation.

The life of one human being is invaluable, and the lives of many human beings, even more so. Therefore, why, suddenly, on the national scene, has the death of one person become more critical and more newsworthy than the death of thousands? It is because the passing of George Floyd painfully revives, in the hearts of the people of the United States, the atrocious ghost of racism: a plague and terrible pandemic that has accompanied— from its origins—the history of this country.

Yes. Sadly, painfully, throughout the trajectory of our national events, we have had to live with the social and moral plague of discrimination and racial inequality.It is true that the US Constitution abolished slavery. It is also true that, during the presidency of Lyndon B. Johnson in 1964, the so-called Civil Rights Act was signed and enacted, and that there are many gains and achievements that citizens of so-called minority groups have accomplished in this nation. And yet, living side by side with legal and constitutional formalities, it is no less true that George Floyd's death reveals to us our shortcomings, our hypocrisies, and the flaws in our social fabric. It also calls attention to the work we all have left to do in building and achieving a truly democratic society, that is, one that is truly equitable, just, compassionate, and humane.

We abolished slavery, but racism—its worst byproduct—lays simmering. Nearly six decades after Martin Luther King's famous speech in Washington, George Floyd's death reveals the hypocritical coexistence of two nations within one: the billionaires and those with nothing, those living in luxury and those in the ghettos, those who have everything and every opportunity; and the many who lack even minimal political and social opportunities to live with dignity.

The vast majority of African Americans, like the vast majority of other people from "minority" groups, live in this nation lacking the quality and dignity of elements that are essential to human life. These include education, housing, employment, and health. They also live subjected to permanent legal and police abuses, amid the injustice and inequality in the application of rights and opportunities, an injustice and inequality that segregates, discriminates, marginalizes, discards, tramples, crushes, that fills prisons and eventually kills.

This moral and social plague of racism is, to our misfortune, an almost institutional, systemic, systematic, and endemic structural issue in our lives in the United States. That is to say: it is a matter rooted and injected into the core of this nation. Racism works and manifests itself, sometimes subtly, other times shamelessly and savagely, in our mental structures, in our daily interrelationships, in our educational system, in the configuration and landscape of our urban planning, in our legislation, etc.

In this most recent case, four police officers, who should represent government protection for citizens, became a vile and brutal instrument against the life of an African-American man, until he was assassinated; thus becoming a page in the bloody and shameful history of racism in this country.

Consequently, the United States has lived for two weeks through public protests—occurring throughout the entire country and legitimately protected by the Constitution—objecting the murder of George Floyd. And, shamefully, President Trump's role, in this difficult and dangerous situation, as has been repeatedly pointed out in this and other occasions, has not been to unite the people, but has instead divided them and tried to play down the just claims of these public protests, labeling the protesters— among other words—as terrorists.

All this is more serious, given that these events are happening in the country that represents an example of political, economic, and social achievement, and that serves as a model for democracy for the world community of nations on this earth.

There were those who, hidden and camouflaged within, and infiltrating these legitimate protests, veered from their primary purpose, to object the death of George Floyd and racism. These people dedicated themselves to all sorts of outrageous acts committed against private property and businesses in the cities where the demonstrations occurred. These acts have two main implications and consequences: the abuse of a minority and vulnerable population, e.g., the majority of those protesting, which resulted, in a matter of hours, in the loss of property and businesses of many poor men and women which took many years of work, effort, and sacrifices to build. And, on the other hand, with these abusive behaviors, the miscreants are validating and justifying the discourse of racists in our society.

George Floyd's murder reminds us that we have failed, and we are failing as a society and that despite our accomplishments as a nation, we need to strive for something much bigger. At the same time, it shows us that we all must move forward together to create a country that is truly egalitarian,free,diverse, plural,just, united,reconciled,equitable, and democratic.Racial equality cannot be reduced to a "dream," to a paragraph in the Constitution, or to frustration or rage that sporadically manifests itself publicly. Racial equality must be a daily goal for everyone and must manifest itself in all our behaviors, attitudes, and relationships.

At the same time, it is encouraging that it is the young population that overwhelmingly took to the streets to protest. We can expect a better future from those who are taking charge of our national destiny. The resolution of all the demands given voice in the recent protests surrounding the death of G. Floyd will very much impact on the nation's immediate future, its progress, its inner well-being, and its role as the political leader of humanity.

Enough! Let Floyd's death not be in vain. I invite you to continue dreaming with Martin Luther King that days will arrive when "the sons of former slaves and the sons of former slave owners will be able to sit together at the table of brotherhood" and live in a country where no one is judged "by the color of their skin but by the content of their character" and that henceforth and forever, we only talk about a single race: the human race!