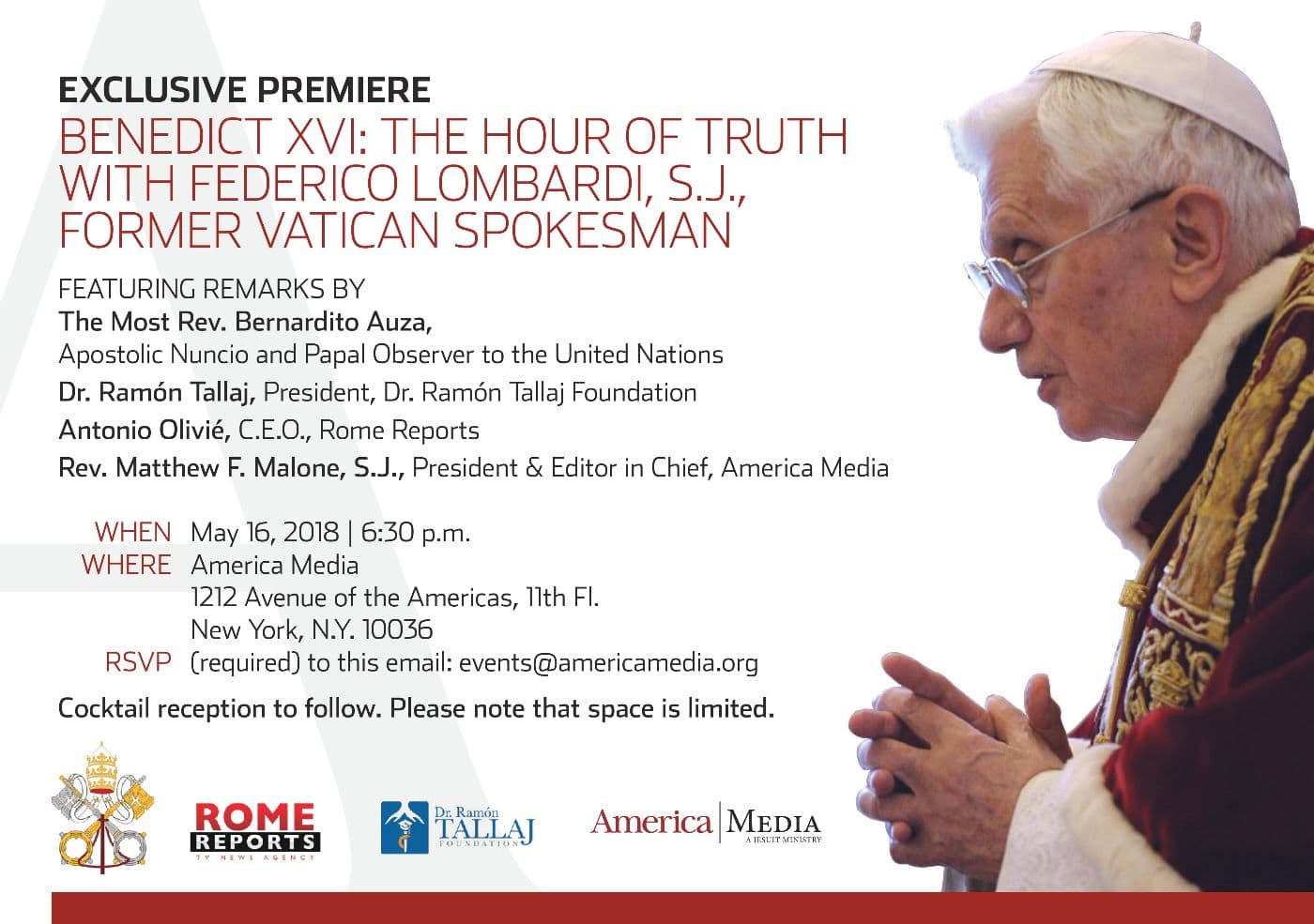 Please join us May16th for the New York City premiere of the “Benedict XVI: In Honor of Truth” documentary with our special Guest, Federico Lombardi, S.J., former Vatican spokesman.

THE TRUTH ABOUT BENEDICT XVI's RESIGNATION: REVELATION IN A NEW DOCUMENTARY

The documentary
“Benedict XVI: In Honor of Truth” was produced in English, Spanish, and Italian, and will now be distributed around the world.

It was February 11, 2013, when Benedict XVI communicated to the world his decision to resign from the exercise of the papal ministry. This historic event has left many open questions.

Five years later, on the occasion of the Pope Emeritus’ 91st birthday, a documentary has been presented in the Vatican, called “Benedict XVI: in Honor of Truth,” precisely in order to clarify the reasons for that decision.

Some of the people closest to Joseph Ratzinger relive that moment—including his brother, Georg; Fr. Federico Lombardi, former spokesman of the Holy See; and the Prefect of the Papal Household, Archbishop Georg Gänswein, who was his personal secretary for years.

Cardinal Christoph Schönborn, the archbishop of Vienna and one of the theological disciples of Professor Joseph Ratzinger, is visibly moved when he shares some of his memories.

Cardinal Schönborn, remembering the Pope’s deceased sister, Maria, who was particularly beloved by the Pope Emeritus, reveals: “The day after the conclave [in which he was elected Pope], when he entered the Casa Santa Marta for breakfast, in the morning, dressed in white… —our beloved professor, our friend, yes, dressed in white…—he greeted each one of us personally, and I said to him, ‘Holy Father, yesterday, during your election, I thought about your sister, Maria, and I asked myself if she had said to the Lord, “take my life, but leave my brother here.”‘ And he answered me, ‘I think so.'”

One decisive moment of the documentary helps us to understand Ratzinger’s decision to retire. It is explained by Stephan Horn, who had been his assistant at the University of Regensburg, and is his disciple and friend: “The doctor had told him he wouldn’t be able to travel to Brazil to participate in the World Youth Day. So, he decided to resign before the event.”

Fr. Federico Lombardi, SJ, describes the impressive responsibility proper to a Pope, and the daily marathon of commitments, both public and private, that characterize it (liturgical ceremonies, journeys, long meetings, audiences…). Pope Ratzinger would not have been able to face such exertion, with his inexorable natural loss of strength due to age. According to the Jesuit priest, it is clear that this was the true motive for Benedict’s resignation.

Archbishop Georg Gänswein categorically denies that the motive for Pope Benedict’s resignation was the leak to the press by his butler (the famous “Vatileaks”), a betrayal which caused his heart profound suffering, or the burden of having to face the crisis caused by sexual abuse by Church representatives.

The documentary, which is 48 minutes long, was produced by the Rome Reports television agency, in collaboration with the Italian episcopate’s television channel, TV2000, and the Joseph Ratzinger Foundation of the Vatican, thanks to the patronage of the Doctor Ramón Tallaj Foundation.

During the presentation of the documentary at the Vatican Film Library in the presence of Archbishop Gänswein, Dr. Ramón Tallaj—president of SOMOS, a network of doctors in the New York area particularly committed to humanitarian causes—emphasized the continuity between the pontificate of Pope Benedict and that of Pope Francis, at the service of the Church and of humanity.

Gänswein confirmed that Pope Benedict retains all his intellectual lucidity, and acknowledged the gradual loss of his physical strength. He underlined the peacefulness of the Pope Emeritus’ life in retirement, spent with the small community of the monastery where he lives in the Vatican.

The documentary “Benedict XVI: In Honor of Truth” was produced in English, Spanish, and Italian, and will now be distributed around the world. 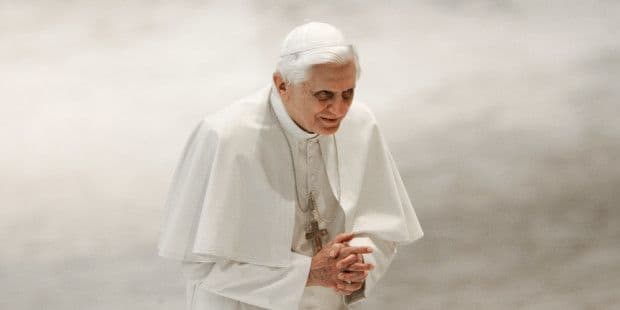 On the birthday of the pope emeritus, the Vatican Filmoteca welcomed the presentation of a Rome Reports documentary, “Benedict XVI, in honor of truth.”
The event was attended by one of Benedict's closest associates, his secretary, Msgr. Georg Gänswein.

“I was impressed with the documentary. I was able to relive all of the moments I've experienced, and I think it's a beautiful testament.”

The 48-minute documentary tells the story of Benedict's life and, above all, investigates the reasons for his resignation through interviews with experts and first-hand witnesses. 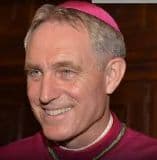 “Father Lombardi, who was the Vatican spokesman for so many years, and others who were Benedict's collaborators helped us to understand five years later what caused this historic stepping down.”

The documentary was produced by Rome Reports in collaboration with TV2000 as well as the Ratzinger Foundation, and sponsored by the Dr. Ramón Tallaj Foundation. 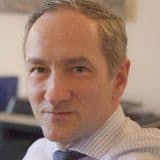 “I think it gives a very truthful image of Ratzinger after so many schemes, stereotypes and so much shouting in favor or against Pope Benedict.” 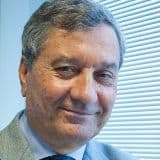 "That's why we chose to collaborate in the production, and we hope this reaches the entire world.”

The film is available in Italian, Spanish and English. To date, Rome Reports has produced more than 20 documentaries on the Vatican and the Catholic Church.

VATICAN PREMIER OF BENEDICT
XVI THE TIME OF TRUTH 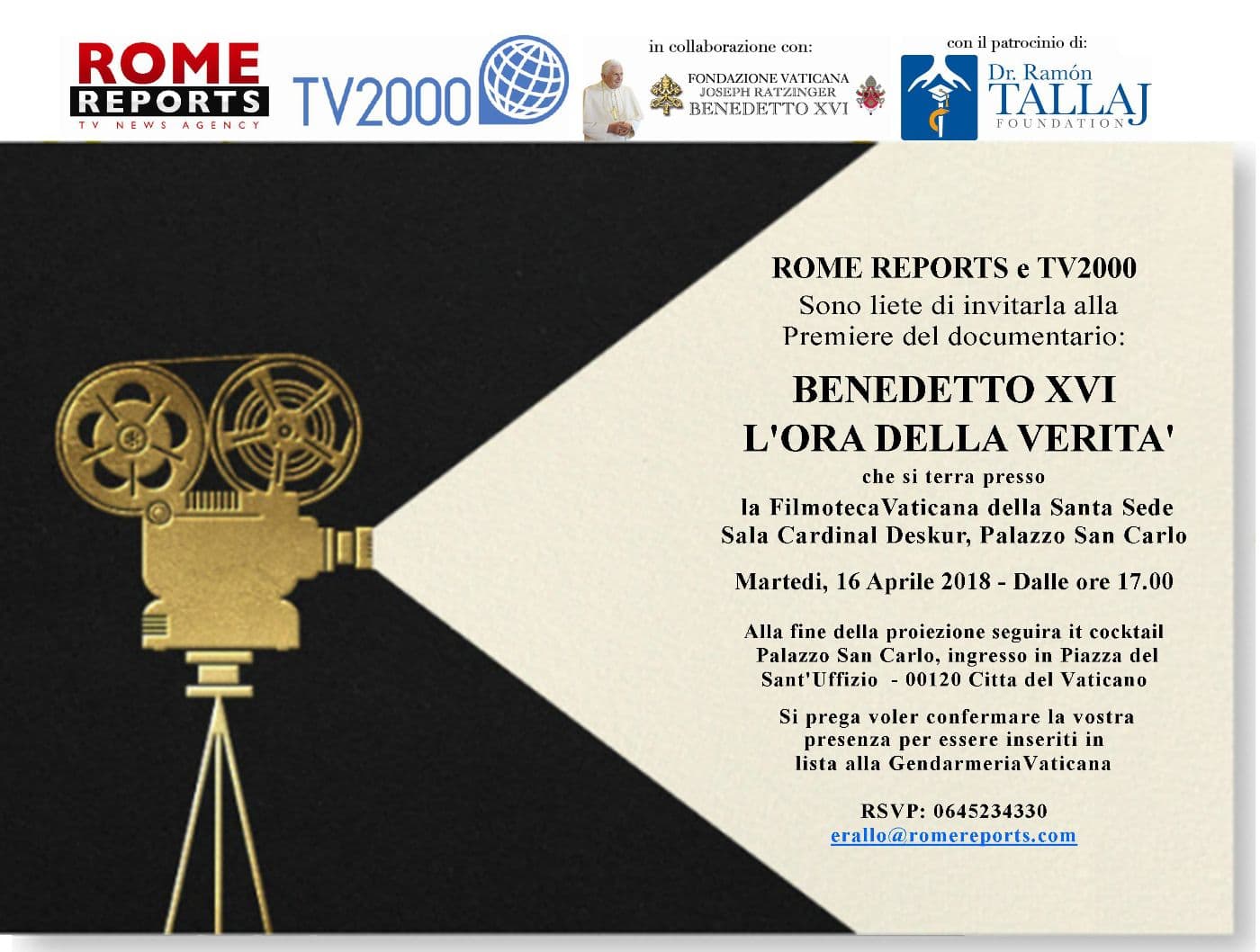 ROME REPORTS and TV2000, in collaboration with the Joseph Ratzinger-Benedict XVI Vatican Foundation and the patronage of the Dr. Ramon Tallaj Foundation, will premiere the BENEDICT XVI THE TIME OF TRUTH documentary on Monday April 16, 2018 at the Vatican Film Library of the Holy See. 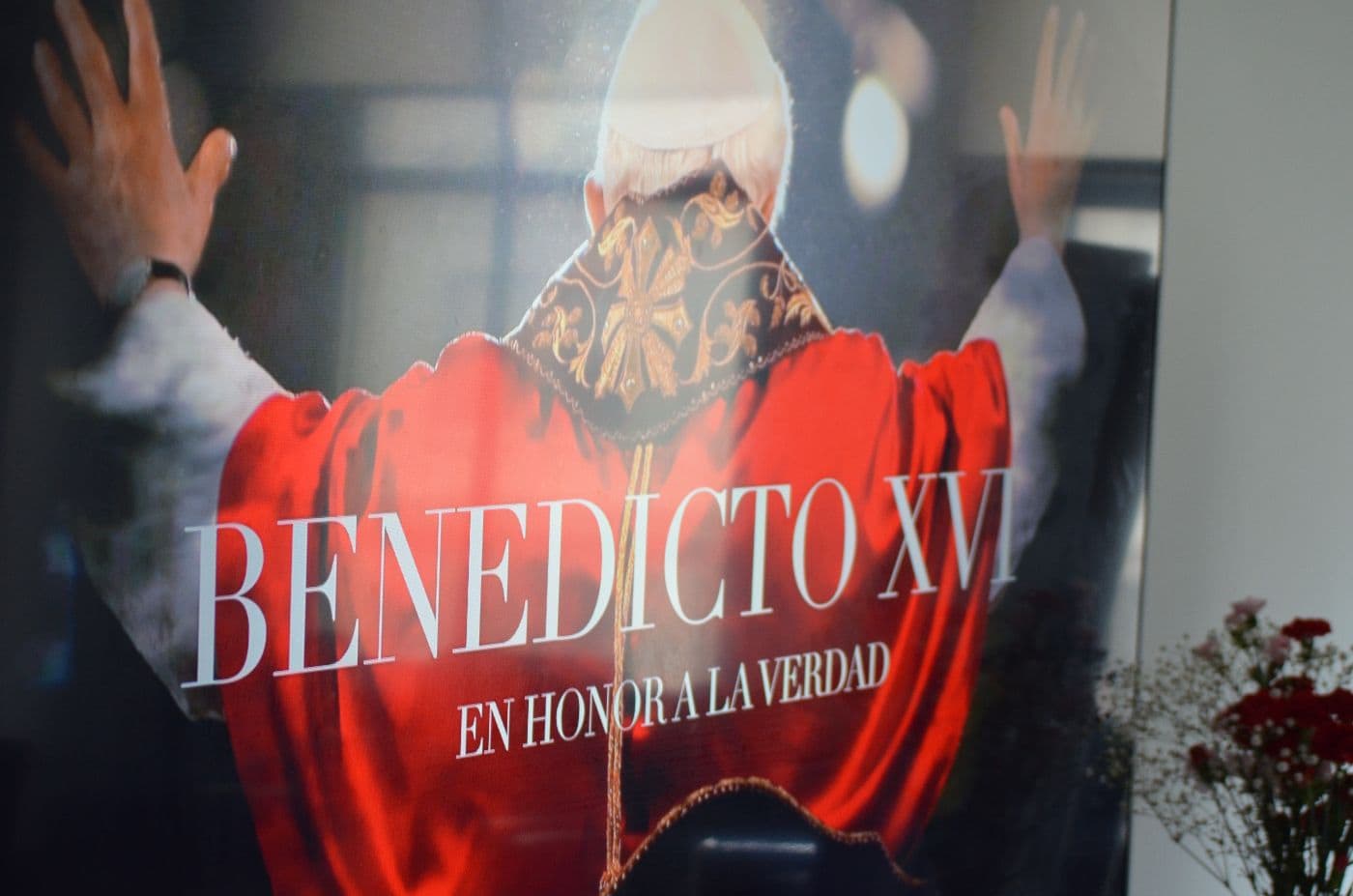